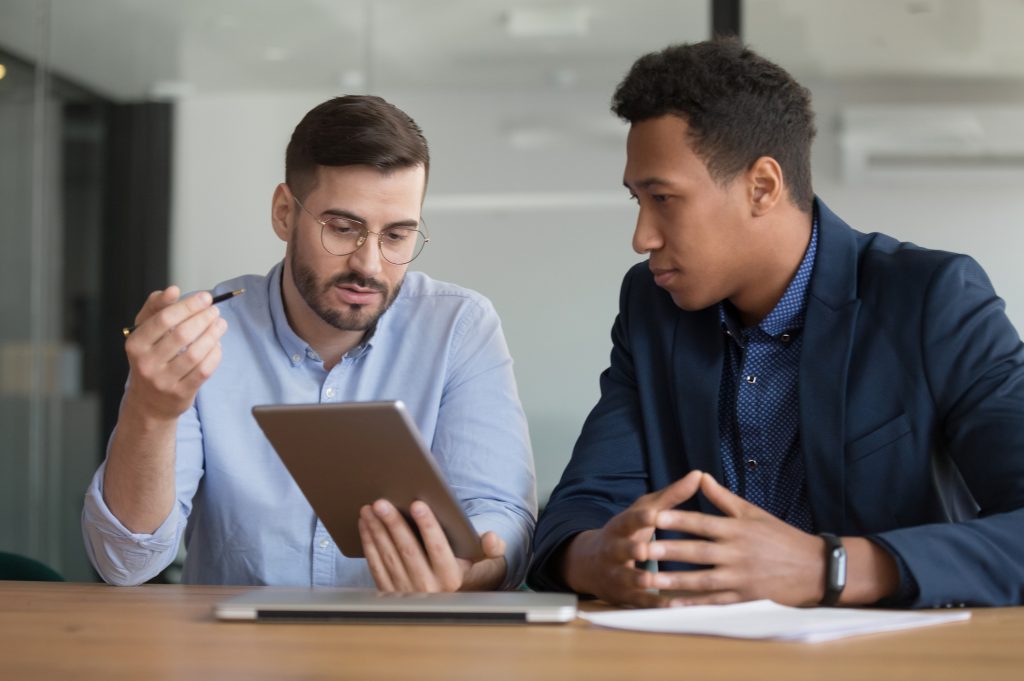 When companies can’t afford the talent they really want, they may turn to other tactics to make positions more appealing for prospective employees. Company equity, office perks, and title inflation are just a few of the ways companies can attract great talent with lower salaries.

Title inflation can be an appealing alternative for companies and prospective employees alike, but does it really satisfy workers in the long run? What happens when employees with inflated titles look for new jobs? How do employees review companies that offer benefits aside from compensation?

We surveyed over 700 employees and 300 hiring managers to find out how title inflation has affected their professional experiences.

In 2022, job titles mean less than they used to

Of those we surveyed, nearly half of hiring managers (48%) said job titles are less reliable indicators of skills than they used to be. In fact, 40% of managers said they’ve had trouble finding the right person for an open role because candidates’ past titles are confusing or overstated.

In the effort to cut through the noise of inflated and jargon-heavy titles, nearly all managers said they’re focused on finding candidates with specific skills (95%) and listening for candidates’ fluency when they discuss their roles (67%). By contrast, only about a third really consider previous job titles (34%).

For their part, employees agree that titles aren’t the most reliable sources of information about people in the workplace. Nearly half (46%) of employees said job titles aren’t clear indicators of seniority. What’s more, over 1 in 5 (21%) say the people at their companies haven’t earned their titles. This issue runs both ways: 28% of employees say they’ve had job titles bigger than their experience.

Hiring managers and employees have different expectations for job experience

We found employees tend to think they need less experience to land a given role than hirings managers do. Across many of the titles we asked about, employees gave lower requirements for years of experience than managers did.

In many cases, employees’ and hiring managers’ expectations diverged by quite a few years. For example, most employees estimated they could be “lead” of a department or function in just three years or less, while most managers said that kind of role necessitated four to six years of relevant experience.

As it turns out, many young employees anticipate frequent promotions. We found 58% of Gen Z employees expect to be promoted at least every 18 months — and they put more stock into the new titles they get.

Compared to Baby Boomer employees, Gen Z Americans expect new titles to come with relatively few years of experience. Perhaps most notably, a majority of Gen Z employees believe they can become a Vice President after three to six years, while Baby Boomers think this title requires a decade or more of relevant experience.

As we know, title inflation can be both a recruitment and retention tactic. Nearly 1 in 5 managers (19%) have offered employees new titles in lieu of raises. Those in finance are especially likely to take this tack — nearly a third (32%) said they have offered an employee a new title instead of more money.

Less than a third (30%) of employees would consider staying at a company if, when it came time for a promotion, they received a title change without a pay increase. Perhaps only so many meaningful titles can be created — for most employees, the older, “established” titles are more esteemed than the newer ones. Over half (53%) of employees said “Vice President” is a very prestigious title, compared to the relatively meager 19% who believe “Head” is a very prestigious title.

Fair compensation isn’t the only way to support employees at work, but it is a very important one. Nearly all (94%) of those surveyed said the prospect of a raise motivates them to work harder, while only 20% said title changes are motivating. What are employees looking for? Over half (53%) said they expect a pay bump of $10 to 20k per promotion.

So, if you’re waiting for your next raise at work, know you’re not alone. Employees and hiring managers have different expectations for job experience, which can create some friction in the hiring and promotions process.

In fact, 1 in 5 employees have had trouble changing jobs because their titles have been inflated beyond their skills. This is especially true for younger swathes of the workforce: About a quarter of Gen Z employees (25%) and Millennials (22%) have had trouble switching jobs due to the mismatch between their titles and experience.

Ultimately, understanding exactly what skills hiring managers are looking for and being willing to negotiate an offer can help you find the right role.