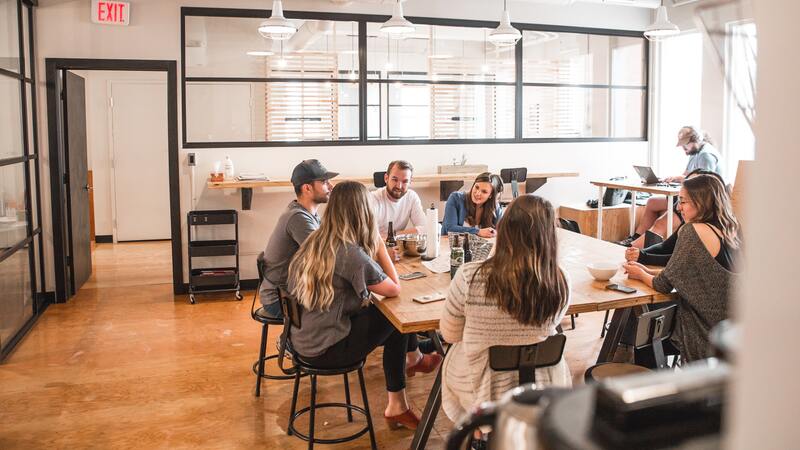 Often, we encourage people to be authentic, to act in ways consistent with their identity, values, and beliefs, despite any pressure they might feel to conform. While authenticity sounds like a positive idea, how does it play out in the workplace?

In a recent study, we found that on the surface, people believe that their companies are authentic, with nearly 3 in 4 saying their organization values individuality over conformity. However, when we asked them about authenticity in more detail, we found that many aren’t comfortable being themselves and have even had negative experiences after doing so.

More than 3 in 5 said that they are currently hiding at least one thing about their identity from their employer and 64% said that they’ve experienced backlash after revealing something about themselves, most often being treated unkindly or ignored completely.

When an employee doesn’t have the opportunity to be themself in the workplace, it can have lasting effects, not only on their work but also on their mental health. At JobSage, we know companies that value the entirety of their employees’ identities and experiences are workplaces where everyone can thrive together.

64% are hiding something from their employer

Even though respondents value being authentic, most said they still hide or alter some aspect of their lives, with 7 in 10 reporting that they adopt a different personality at work than they do at home. Even those who weren’t hiding or altering some aspect of their identity still needed a while to be themselves, with 1 in 5 saying they needed at least six months to feel comfortable being authentic.

More than 3 in 5 admitted to hiding something from their current employer. Most often, they hide political views (37%) and information about their family (36%). They do so to avoid making people uncomfortable (49%), avoid stereotyping (43%), and out of fear that it might impact their career advancement (41%).

Men and women are almost equally likely to be hiding something from their employer (66% and 62%, respectively), but for slightly different reasons. While men don’t want to make people uncomfortable, women are concerned about being stereotyped.

The majority of respondents said they expend energy repressing parts of their identity at work (89%), with 1 in 4 expending a lot. This effort not only has an adverse effect on mental health for more than half of the respondents (55%), but also, nearly half of respondents reported that when they’re inauthentic, they experience worse working relationships (49%), don’t do their best work (37%), and are less likely to stay at a job (35%).

While employees crave an environment that welcomes authenticity, they are critical of how others express themselves through their appearance at work. More than half (55%) said colored hair shouldn’t be displayed at work, while others said piercings (49%) and tattoos (40%) should remain hidden.

While 3 in 5 are currently hiding something from their employer, 4 in 5 have altered or hidden parts of their identity for the sake of their career. Things they’ve hidden include political views (36%), family information (31%), and mental health conditions (30%).

Digging deeper, we asked different communities about how authentic they felt they could be at work.

LGBTQ+ employees are more likely to hide aspects of their lives

85% of LGBTQ+ employees said they have a different personality at work, compared to 64% of their heterosexual counterparts. 4 in 5 said they were hiding something from their employer, compared to nearly 3 in 5 heterosexual employees. More than half (52%) said they hide things to avoid making others uncomfortable. They were most likely to hide their sexuality (38%), political views (36%), and relationship status (35%).

Stereotyping was a common concern among Black employees, more than half of whom (52%) said they’d hidden information out of fear they might be stereotyped. Nearly as many said they’d hidden something for fear of being discredited (47%), while one-quarter did so because they feared termination.

Overall, 6 in 10 Black employees said they’re hiding something from their employer. They were most likely to hide something about their family (39%) or a mental health condition (38%). What’s more, black employees were almost twice as likely as white employees to hide their support for specific causes.

Parents also found themselves in a position to conceal more about their lives than other employees, with 7 in 10 saying they’re hiding or trying to hide some aspect of their lives. That figure was much lower among non-parents, at 48%.

These parents’ caution appears to be warranted, according to the repercussions they said they’ve experienced. In all, 72% of parents said they’d experienced backlash after revealing some aspect of their personal lives. Just 40% of non-parents said the same.

They were most likely to hide two facets of their lives: information about their family at 37%, followed by political views at 36%. The reason? Forty-five percent said they didn’t want to make others feel uncomfortable.

64% have been treated differently after being authentic

Employees have good reason to be hesitant about revealing certain things in a work environment. More than 3 in 5 say they’ve been treated differently in the workplace after disclosing some aspect of their identity—but “differently” doesn’t always mean better.

More than half said they’d been treated unkindly (51%), half were ignored, and many were given less responsibility (46%). More than 1 in 4 even reported being singled out, such as being asked to spearhead diversity efforts related to their status or identity.

The COVID-19 pandemic added another dimension to authenticity, as employees were often separated from one another and forced to interact remotely rather than directly. As many have learned to adapt to remote work over the course of the last two years, unsurprisingly, remote employees are more comfortable being authentic.

An overwhelming 92% reported feeling they could be their true, authentic selves at work, compared with 84% of in-person and hybrid employees, and remote workers have a more relaxed attitude. They are more likely to believe that coworkers should be allowed to display piercings, tattoos, and colored hair compared with in-person and hybrid employees. In addition, 61% of remote workers are more relaxed, 54% report being more productive, and 40% say they speak their mind more.

Authenticity can be a key component of job satisfaction. Employees who feel they can be authentic in the workplace have a sense that they’re valued as individuals and trusted. Employers who promote authenticity can foster overall transparency, increase productivity, and improve employee-employer relationships. JobSage provides a link between employers seeking to empower their employees and candidates searching for an organization to which they can express their true, authentic selves.

The recent experience of remote work may offer some clues as to how to accomplish this. As our survey suggests, however, promoting authenticity isn’t likely to be easy, and there’s plenty of room for progress in easing the tension between authenticity and external expectations.

Methodology: Between March 15 and 16, 2022, we surveyed 1,932 employed Americans about their experience with authenticity in the workplace. Of respondents, 54% were male, 45% were female, and 1% were non-binary; the average age was 38. In terms of education, 5% had some college or less; 6% had an associate’s degree; 63% had a bachelor’s degree, and 19% had a master’s degree or higher.