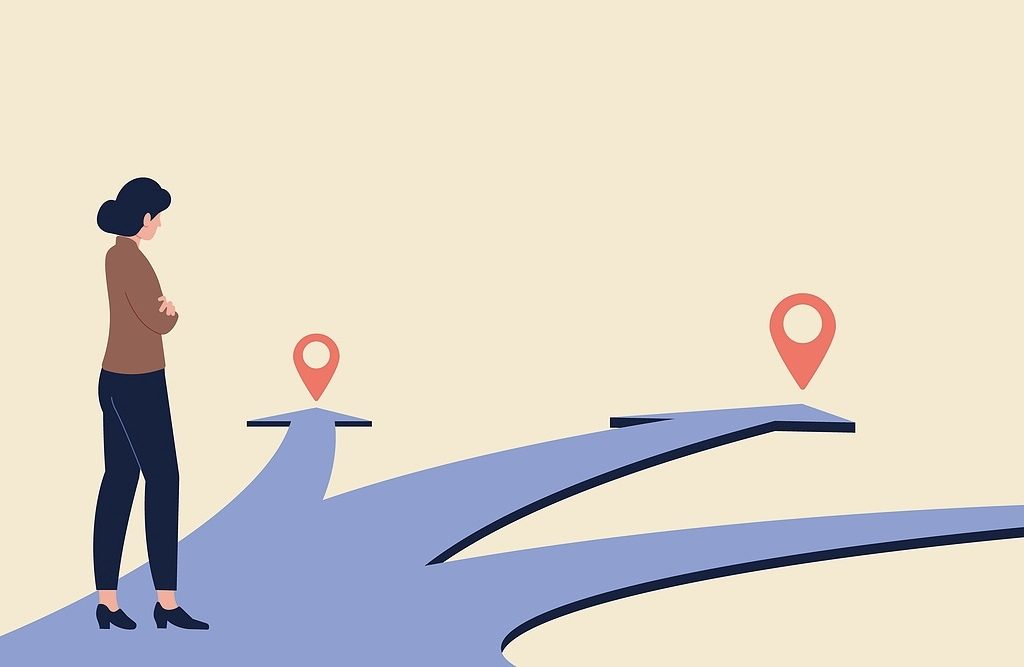 Life can take us down roads that we least expect. Sometimes the thing we set out to do leads us somewhere that we initially had no intention of going— but the destination can be just as rewarding. No one knows this better than Melanie Sexton, whose career path has taken her from comic book illustration to UX design.

Melanie Sexton wasn’t always a UX designer. Before she worked in tech, she spent her days illustrating comic books. With a BFA and MA in Sequential Art from the Savannah College of Art and Design, Sexton spent her early twenties drawing, inking, and coloring comics. Even before graduation, she was getting one-off contracts to illustrate horror comics and was showing her art to artists and editors on campus and at conventions.

However, after graduating, the economy was in a dismal state, leaving Sexton to look at job options outside of comics.

“By the time I graduated with my master’s, the Great Recession was upon us and the best gig I could get back home was to teach as an adjunct professor in art and design courses at a couple of local colleges,” Sexton explains. “I’d augment teaching with drawing comics, this time for fun with friends— and often go to comic conventions to table, not looking to make a profit but to have fun.”

After teaching art and design courses for a while, Sexton ended up teaching digital media courses in public libraries. Her comic work took a backseat, and she eventually grew tired of teaching in front of the public. From there, she pivoted into instructional design. She created corporate training materials for software clients and the US military, integrating her skills as illustrator in workbooks, slide decks, and online learning.

These jobs were rewarding, but they had their downsides too.

“Teaching and instructional design have their merits but the education field can be physically, mentally, and emotionally exhausting— no matter what discipline or age level. I love instruction and pushing the next generation to use their talents and succeed, but there’s an awful lot of red tape that goes into curriculum development, no matter the institution.”

So when an opportunity arose to try something new, she took it.

Taking the leap to UX design

When she and her husband made a move from Washington D.C. to Austin, Sexton saw it as a chance to pivot into something new: UX.  It would be a different world than comics or teaching, but the field wasn’t completely unfamiliar to her.

“I had some idea of what UX design included from watching my husband do this kind of work for years. I was both excited and terrified to make this leap,” Sexton explains.

When an opportunity arose to interview internally for a UX position at her company, Sexton seized it. “I am forever thankful that the management at that time took a chance on me. We need advocates and champions in our corner.”

Her first role was as a junior UX designer. She learn the ropes on the job, which was made easier by the fact that she was a superuser of the product she was helping to design. However, she soon realized that if she wanted to advance in her career further, she’d need to get a little more education.

“I realized after almost a year, though, that there was only so much that I could get on the job, and decided to enroll into a couple of courses at Austin Community College,” Sexton notes. “I was missing some key theories and methods that I needed to articulate and present my design work.”

Lessons learned along the way

Like any big change in life, a career shift comes with its fair share of challenges and obstacles. For Sexton, one of the more difficult aspects of her career shift was simply learning the new methods and workflows involved in UX design.

“I’m trained as a comic artist and I’m used to drawing characters, backgrounds, and telling stories. Teaching and instructional design have methods that are tried and true for curriculum and instruction. UX design is much different. There are all of these UI patterns, design libraries, working with software development teams, and identifying user flows. And don’t let me get started with UX research!” she says.

That’s not to say that her time in comics and instructional design was useless. In fact, there are numerous parallels that helped her in her new career.

“I think there’s been a lot more crossover going from instructional design to UX design,” Sexton says. “I’ve actually conducted workshops and written courses about the parallels in both fields over the past few years. Learning experience design has come forward as an instructional design role mixed with elements of UX design.  I’m grateful for my time and experience creating educational materials because it truly served as an interstitial space before I decided to really jump exclusively into UX design.”

As for comic book illustration to UX, Sexton says that there are a lot of unassuming parallels between the two arts. (If you’d like to learn more, she gave a presentation on the topic last year which can be found here.)

Sexton’s advice to others considering a career change

We asked Melanie Sexton what she’d tell someone that was considering taking on a big career change.

Her advice: “Do enough research about your intended switch. Take it slow— your career is a marathon, not a sprint. If you make the switch and realize it’s not what you thought it was, that’s okay! Your career is an evolution.”

And if you’re interested in UX design specifically, you’re in luck.

“This field has just exploded in the past 4 years since I joined. Companies are finally recognizing that the user experience of a product matters. It’s wonderful to see so many people coming from varied backgrounds enter the profession.”

Taking the first steps in your career change

Sometimes, starting with smaller steps can make your career transition smoother. In Sexton’s case, her first UX job was at the company she was already working for and a product she was familiar with.

Taking a chance to learn from other teams at your current company is a good way to gain experience and get your foot in the door in a different field. If that opportunity isn’t available to you, a local community college can be a great place to learn new skills without having to go out and get an entirely new degree. Seeking knowledge from either of these places can provide lessons, experiences, and connections that will be invaluable in your career journey.

Looking for more inspiring career change stories? Read the story of Melissa Liscano, who went from event management to technical recruiting. Stay tuned as we continue to post more stories throughout the month!