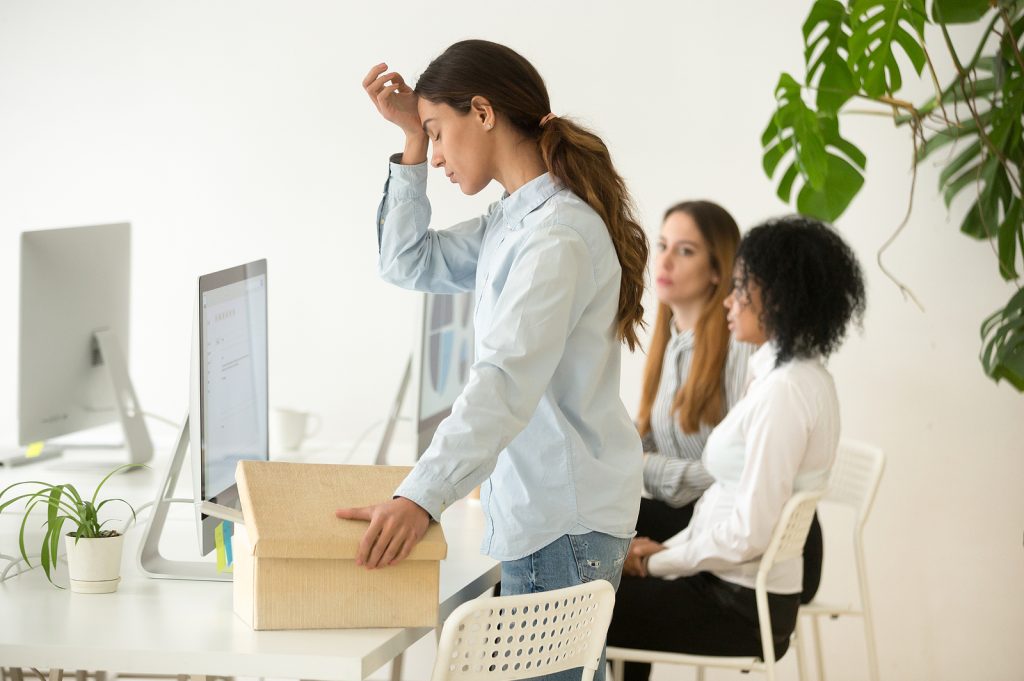 Layoffs are never a fun topic, but they’ve been in the news more and more lately as companies reduce their workforce in anticipation of a recession.

Over the next few weeks, we’ll be breaking down different topics related to navigating layoffs.

Today, we’re starting with the basics. Here’s what you need to know about layoffs and how to spot the signs that they may be coming at your company.

What is a layoff?

A layoff is the temporary or permanent termination of employment made in an effort to downsize a company’s workforce, typically in the face of an economic downturn.

Layoffs go by many names, including:

Whatever the term used, the bottom line is the same— layoffs have major implications for both employees and employers.

Is a layoff the same as being fired?

While both leave you without a job, being fired and getting laid off are not the same thing.

Employees are not at-fault for layoffs.

On the other hand, if you are fired, it means that the company has decided to terminate your employment due to poor performance or malfeasance.

Layoffs can happen to anyone. You may be the most productive employee that has never missed a day of work— that may not be enough to protect you if the company relocates or decides the project you’re in charge of is no longer essential.

That being said, managers and company executives may make layoff decisions based on performance. If the company is looking to maintain output while reducing costs, low-performing employees are often the first to go.

What is the difference between a layoff and furlough?

You may have also heard the term furlough used to describe employee termination. Though furloughs seem similar to a layoff, they have several notable differences.

A furlough is a temporary— but mandatory— leave of absence. It can also be a modification of normal working hours without pay for a specific amount of time. Examples of furloughs include:

Employees that are furloughed are expected to return to work at a later date. Typically, employees are also able to retain benefits like health insurance during the furlough.

Why do companies lay off employees?

There can be a number of reasons why a company decides to lay off employees. These include:

Layoffs can happen at any time, to any company. They can affect a single person or as many as several thousand at one time.

Sometimes, however, a bunch of companies will let go of employees over a short period of time. Layoffs across industries or the national workforce as a whole are not unusual to see before or during a period of economic downturn. In these cases, companies might lay off employees in order to cut costs.

How you can spot the signs of a layoff

Sometimes, layoffs happen rather unexpectedly. In other cases, you may notice signs that indicate changes are coming. Know that these signs don’t always mean you’ll soon be without a job. Similarly, the absence of these signs doesn’t necessarily mean that layoffs aren’t a possibility.

1. Your company is experiencing financial difficulties

Are earnings reports not looking as good as they once were? Does every financial transaction need approval from higher-ups? Has management been vocal about dismal financial performance?

These things may indicate that your company is experiencing financial difficulties or a slowdown in sales— a classic precursor to layoffs.

2. Layoffs are happening in your industry

Many times, economic crises affect industries as a whole. If other companies in your niche or industry begin downsizing their workforce, your employer may be following suit soon.

3. There are talks of mergers or acquisitions

Mergers or acquisitions can happen at any point, regardless of economic conditions. These often mean big changes for both companies involved— including potential layoffs— as executives focus on combining two companies.

4. There are rumors of layoffs

Office rumors are to be taken with a grain of salt. But when it comes to whispers of layoffs, there may be a bit of truth to them. Whether someone was privy to confidential information or other people have picked up on signs, rumors of layoffs can, at times, be an accurate indicator of what’s to come.

5. An all-hands meeting has been scheduled

Seeing an unusual company-wide meeting sitting on your calendar with no explanation strikes fear into the heart of many— and for good reason. Many times, executives will announce layoffs, restructuring, and similar changes in all-hands meetings. The reason for the meeting may be kept under wraps to prevent panic amongst employees, but this often leaves people questioning their futures at the company.

6. Your managers are no longer communicating with you

Are you suddenly out of the loop? This could mean tough decisions are being made behind closed doors. If your managers have gone cold, it could be an indication that changes are coming.

7. There’s been a hiring freeze

Layoffs are often a last resort. Companies typically pause hiring new employees before they start cutting current ones. If there has been a hiring freeze with no end in sight, more drastic cost-cutting measures may be next.

Planning your next move

If you’ve been laid off or fear that one may be coming, you may be planning your next move.

Our advice: don’t panic. Like the saying goes, when one door closes, another will open. There will be more job opportunities coming your way in the future.

Find companies that are hiring.

Looking for a new job? Explore JobSage’s Trusted Employers to find the right fit for you.