We're just getting started. We’d love to hear what you think so far and how we can do better. 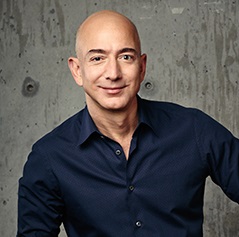 President, Chief Executive Officer and Chairman of the Board

Jeff Bezos founded Amazon.com in 1994. Amazon’s mission is to be Earth's most customer-centric company. Amazon offers low prices and fast delivery on millions of items, provides thousands of movies and TV shows through Prime Video, designs and builds the bestselling Kindle, Fire and Echo devices and Alexa voice recognition service, and empowers companies and governments in over 190 countries around the world with the leading cloud computing infrastructure through Amazon Web Services. Bezos is also the founder of aerospace company Blue Origin, which is working to lower the cost and increase the safety of spaceflight, and he is owner of the Washington Post. Bezos has launched two philanthropic organizations. The Bezos Earth Fund helps fund nonprofits preserving and protecting the natural world, and The Bezos Day One Fund provides grants to nonprofits to help homeless families and is creating a network of preschools in low-income communities. Bezos graduated summa cum laude, Phi Beta Kappa in electrical engineering and computer science from Princeton University in 1986, and was named TIME Magazine’s Person of the Year in 1999. 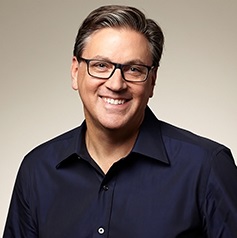 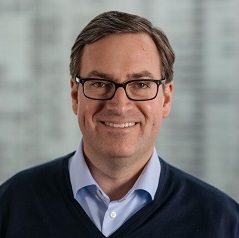 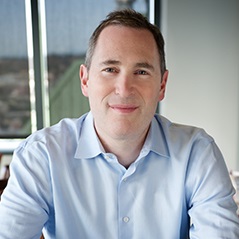 Andy Jassy is CEO of Amazon Web Services (AWS), the world’s most comprehensive and broadly adopted cloud platform. Having led AWS since its inception, he’s managed an inventive and nimble team that has delivered more than 90 cloud infrastructure and application services that are used by millions of startup, enterprise, and government customers around the world. Jassy joined Amazon in 1997. Prior to founding AWS, he held various leadership roles across the company. He has an AB from Harvard University and an MBA from Harvard Business School. 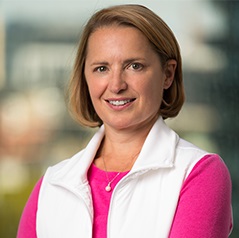 Shelley Reynolds joined Amazon in February 2006 as Vice President of Finance and Controller. In April 2007, she was promoted to Vice President, Worldwide Controller and Principal Accounting Officer. In her role, she oversees Amazon’s accounting function, leading the team that touches every geography in which the company operates. Prior to joining Amazon, Ms. Reynolds spent 19 years at Deloitte & Touche LLP, serving as partner from 1998 to 2006. At Deloitte, Ms. Reynolds specialized in matters related to mergers & acquisitions and the Securities and Exchange Commission, serving multiple publicly traded multi-national corporations from a broad range of industries. Ms. Reynolds received her undergraduate degree from the University of Washington Foster School of Business, where she currently serves on the advisory board. 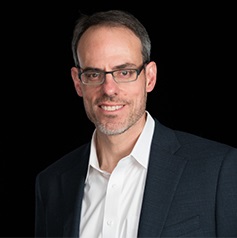 David Zapolsky joined Amazon.com in November 1999 as Associate General Counsel for Litigation and Regulatory matters and was promoted to Vice President in April 2002. He became Vice President, General Counsel and Secretary in September 2012, overseeing the company’s legal, policy, compliance, and regulatory affairs, and Senior Vice President, General Counsel and Secretary in May 2014. Prior to joining Amazon.com, David was a partner at the Seattle offices of Dorsey & Whitney and Bogle & Gates. Before moving to Seattle from New York City in 1994, he served as an Assistant District Attorney in the Brooklyn District Attorney’s Office and later practiced law at Wachtell Lipton Rosen & Katz. He received his undergraduate degree in music from Columbia University and a J.D. with honors from the University of California, Berkeley.